Posted by attilapersonaltrainer on May 28, 2012
Posted in: Jo's life changing workout. 8 Comments

Posted by attilapersonaltrainer on May 16, 2012
Posted in: Jo's life changing workout. 2 Comments

Size 24 – 9 month training = size 14 Ohhhh yeeeeee Jo is getting there! She is fantastic and now she is working even harder then ever to raech her goal size 12!

Jo has done it WOWOWOWO 7 km running WOWOWOOOOOOOO i am over the moon guys!!! Very proud of her! We are not going to stop till 10km race :-))))) 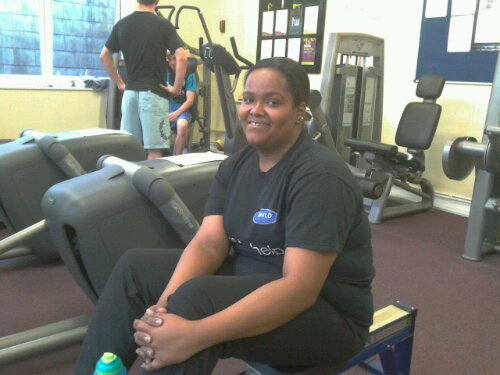 Jo has a fantastic training….

Why It’s So Important to Keep Moving

Hoping to learn more about how inactivity affects disease risk, researchers at the University of Missouri recently persuaded a group of healthy, active young adults to stop moving around so much. Scientists have known for some time that sedentary people are at increased risk of developing heart disease and Type 2 diabetes. But they haven’t fully understood why, in part because studying the effects of sedentary behavior isn’t easy. People who are inactive may also be obese, eat poorly or face other lifestyle or metabolic issues that make it impossible to tease out the specific role that inactivity, on its own, plays in ill health.

So, to combat the problem, researchers lately have embraced a novel approach to studying the effects of inactivity. They’ve imposed the condition on people who otherwise would be out happily exercising and moving about, in some cases by sentencing them to bed rest.

But in the current study, which was published this month in Medicine & Science in Sports & Exercise, the scientists created a more realistic version of inactivity by having their volunteers cut the number of steps they took each day by at least half.

They wanted to determine whether this physical languor would affect the body’s ability to control blood sugar levels. “It’s increasingly clear that blood sugar spikes, especially after a meal, are bad for you,” says John P. Thyfault, an associate professor of nutrition and exercise physiology at the University of Missouri, who conducted the study with his graduate student Catherine R. Mikus and others. “Spikes and swings in blood sugar after meals have been linked to the development of heart disease and Type 2 diabetes.”

So the scientists fitted their volunteers with sophisticated glucose monitoring devices, which checked their blood sugar levels continuously throughout the day. They also gave the subjects pedometers and activity-measuring armbands, to track how many steps they took. Finally, they asked the volunteers to keep detailed food diaries.

Then they told them to just live normally for three days, walking and exercising as usual

Exercise guidelines from the American Heart Association and other groups recommend that, for health purposes, people accumulate 10,000 steps or more a day, the equivalent of about five miles of walking. Few people do, however. Repeated studies of American adults have shown that a majority take fewer than 5,000 steps per day.

The Missouri volunteers were atypical in that regard. Each exercised 30 minutes or so most days and easily completed more than 10,000 daily steps during the first three days of the experiment. The average was almost 13,000 steps.

During these three days, according to data from their glucose monitors, the volunteers’ blood sugar did not spike after they ate.

But that estimable condition changed during the second portion of the experiment, when the volunteers were told to cut back on activity so that their step counts would fall below 5,000 a day for the next three days. Achieving such indolence was easy enough. The volunteers stopped exercising and, at every opportunity, took the elevator, not the stairs, or had lunch delivered, instead of strolling to a cafe. They became, essentially, typical American adults.

Their average step counts fell to barely 4,300 during the three days, and the volunteers reported that they now “exercised,” on average, about three minutes a day.

Meanwhile, they ate exactly the same meals and snacks as they had in the preceding three days, so that any changes in blood sugar levels would not be a result of eating fattier or sweeter meals than before.

And there were changes. During the three days of inactivity, volunteers’ blood sugar levels spiked significantly after meals, with the peaks increasing by about 26 percent compared with when the volunteers were exercising and moving more. What’s more, the peaks grew slightly with each successive day.

This change in blood sugar control after meals “occurred well before we could see any changes in fitness or adiposity,” or fat buildup, due to the reduced activity, Dr. Thyfault says. So the blood sugar swings would seem to be a result, directly, of the volunteers not moving much.

Which is both distressing and encouraging news. “People immediately think, ‘So what happens if I get hurt or really busy, or for some other reason just can’t work out for awhile?’” Dr. Thyfault says. “The answer seems to be that it shouldn’t be a big problem.” Studies in both humans and animals have found that blood sugar regulation quickly returns to normal once activity resumes.

The spikes during inactivity are natural, after all, even inevitable, given that unused muscles need less fuel and so draw less sugar from the blood.

The condition becomes a serious concern, Dr. Thyfault says, only when inactivity is lingering, when it becomes the body’s default condition. “We hypothesize that, over time, inactivity creates the physiological conditions that produce chronic disease,” like Type 2 diabetes and heart disease, regardless of a person’s weight or diet.

To avoid that fate, he says, keep moving, even if in small doses. “When I’m really busy, I make sure to get up and walk around the office or jog in place every hour or so,” he says. Wear a pedometer if it will nudge you to move more. “You don’t have to run marathons,” he says. “But the evidence is clear that you do need to move.”